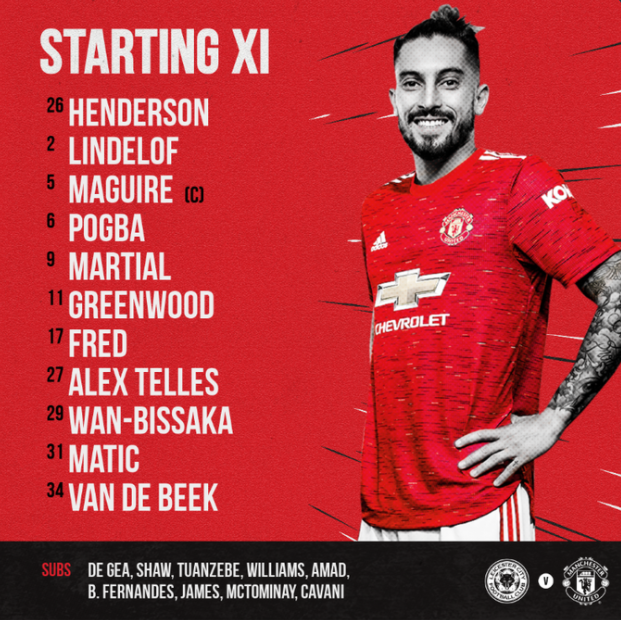 Manchester United are ready to reach another semifinal under Ole Gunnar Solskjaer, this time in the FA Cup. This is the team that will face Leicester City at the King Power Stadium, as the manager has decided to change things around a little bit. Dean Henderson remains in goal for United, while Alex Telles replacing Luke Shaw. Victor Lindelof starts again alongside Harry Maguire, while Fred is playing in central midfield alongside Nemanja Matic, not Scott McTominay.

It is interesting to see Paul Pogba starting, as well as Anthony Martial, as both Frenchmen had injury issues recently. Also, there is Mason Greenwood, while Bruno Fernandes is starting on the bench for once, as the Portuguese is also in need of a breather.

Manchester United are back in action again and this time they are ready to face Bournemouth. Erik Ten Hag chose to make