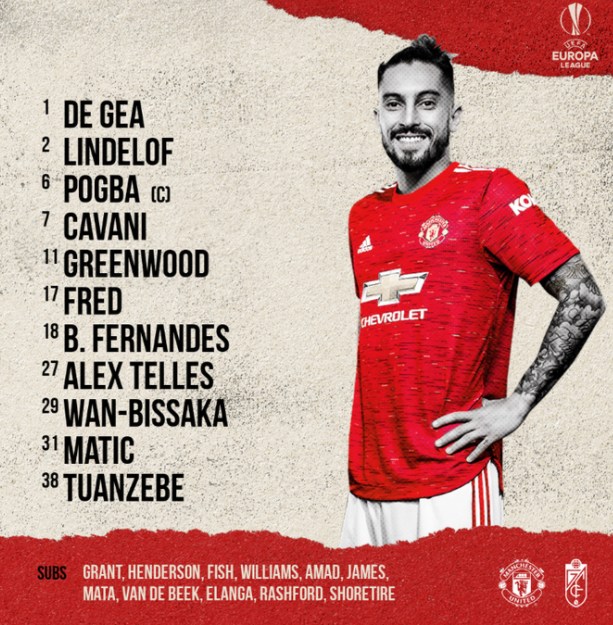 Manchester United are about to start their Europa League semifinal second leg and this is the team that will face Granada. After a 2-0 win in Spain seven days, Ole Gunnar Solskajer’s team will want to achieve a similar result and this team has had some changes. David de Gea is the goalkeeper in this competition now, with Dean Henderson getting his chances in the Preimer League, while Axel Tuanzebe starts instead of suspended Harry Maguire.

Luke Shaw is also unavailable, therefore Alex Telles at left-back, with Nemanja Matic in central midfield instead of Scott McTominay. Fred is playing alongside him, while Mason Greenwood is on the right wing this time. Edinson Cavani starts up front, while Paul Pogba once more gets his role on the left flank.

Biggest winners and losers of the January transfer window

After a flurry of deadline-day moves, BitFootball picks out the big winners and losers of the January transfer window. Winners: Chelsea Strictly

Transfer deadline day is in full swing. We’re providing live, quick-hit analysis of the biggest deals – and rumors – until tonight’s

Manchester United have done really well in their first leg of the League Cup semifinal, but now they are back in the